Your Guide to the Walled City of Lahore

There is a very common saying amongst Pakistanis, ‘Jinne Lahore nahin vekhaya, o jamya e nahin’, it means if you haven’t seen Lahore, you haven’t truly lived. The beauty and architecture of the city stands by this saying.

Let us tell you a bit more about Mughal architecture.

Let’s take a deeper dive into the walled city and its magnificent architecture.

History of Walled City of Lahore

The walled city came into existence long before Pakistan. This gateway to the new Lahore can be traced back to 1000 CE.

During the middle ages, a small area known as Lahore was surrounded by mud walls. These walls were joined together by thirteen gates at various locations.  The city later became an integral part of the Mughal Empire in South Asia, as it was declared the capital city of the Mughal Empire.

It also became the political hub of the, and was called the ‘Gardens of the Mughals’ as well as the ‘City of Gardens’.

During the Mughal period a good number of people began to move and settle in the outskirts of the city, and only nine quarters located inside the inner city.

These thirteen gates were erected to protect the city from pillagers and invaders. Out of the thirteen gates, only 6 gates are still standing, while the remaining 7 have decayed and have been lost to history.

The surviving gates are:

The above mentioned gates can still be seen standing tall, withstanding the test of times. As soon as you take a step into the gates, you will feel like you have been transported back into time. Life within the walled city remains the same as it was during the Mughal era.

The gates that have decayed over time and their remains can no longer be seen are:

Tourist Spots within the Old City of Lahore

Lahore is a city that has a rich history; it’s dotted with Mughal architecture, especially within the walled city. Due to this very reason, the city has become a major tourist hotspot.

Here are some of the hottest spots for tourists in the walled city of Lahore:

Let’s tell you about these locations in a bit more detail.

Lahore Fort is also known as the Shahi Qila, it is a castle located near the northern side of the old city.

The fort hosts many brilliant structures and architectural masterpieces. It has around twenty-one historical monuments, and some of them can be traced back to the pre-partition era.

A couple of well-known sites within the Lahore Fort have recently been restored and are currently being used as museums. Some of the most notable mentions in this regard are the Naulakha Pavilion, Diwan-i-Aam, Diwan-i-Khaas, the Summer Palace, Moti Masjid and Sheesh Mahal. These places now exhibit various antique artifacts, from different periods of time in history.

The Alamgiri Gate, built by Emperor Aurangzeb in 1674, is the only entrance to the fort that is still functional. It is a huge gate, made with intricate and beautiful design.

Despite the time that has passed since the fort was built, it still stands in its full glory, as it did during the Mughal era.

Located opposite the Shahi Qila, Badshahi Mosque is a testament to the extravagance of the Mughal era. The mosque is one of the most visited tourist spots of the city and is one of the largest mosques in Pakistan.

The mosque was constructed during the rule of Emperor Aurangzeb in 1673. This mosque is one of the most important pieces of architecture from the Mughal era.  The few things one should know about the mosque is:

One of the most beautiful gardens of the city of gardens, the Shalimar Gardens is one of the hottest tourist spots in Lahore, where individuals go to end their days on a good note, which is one of the reasons why many individuals look for a house for sale in Lahore.

Situated in the walled city of Lahore, Shalimar Gardens cover an area of more than 80 acres and is listed in the World Heritage Sites in Pakistan.

The signs of the Mughal era are clearly highlighted through the brick-walled gardens and fountains. The terrace of the garden is divided into three:

Some people refer to the gardens as ‘Shalamar Gardens’.

The mosque is located right in the middle of the walled city of Lahore; Wazir Khan Mosque is another great masterpiece from the period of Shah Jahan. The viceroy or Wazir of Punjab was given the task of overseeing the construction of the mosque. It is located in such manners that not only are the bazaars linked to it, but so are the major routes of the city.

The mosque gives you a highlight of the Mughal era through the beautiful fresco paintings and the intricate Kashi Kari tiles on the walls and the minarets. The gate in front of the Wazir Khan Chowk is decorated with fresco tiles and Quranic verses.

A Shahi Hammam or a Royal Bathhouse was also established by the Wazir of Punjab, on the road of the mosque. The bazaar on the east of the mosque paints a very vivid painting of a scene from 17th century Lahore.

This brings us to an end to our blog about the walled city of Lahore, we hope the blog is helpful to you the next time you visit the gated city. 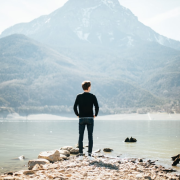 Pathways To RPL For Permanent Residency

Guide to Know About Neon Signs

Spain – The Country that Dictates Exuberance out of Gorgeous Tourist Destinations

The benefits of travelling. Therapy in the past, present and into the future