Global Defibrillators Market is expected to reach the market valuation of US$ 15.5 billion by 2027 expanding at a reasonable CAGR of 5.3% during the forecast period (2021-2027) from US$ 10 billion in 2019. Surging incidences of SCA (Sudden cardiac arrest) owing to several reasons such as recreational drug use, heart medications, scarring of the heart tissue, etc., globally is leading to the demand for the defibrillator. As per the American Heart Association, over 356,000 out-of-hospital cardiac arrest incidences happened annually in the united states and approximately 90% of them are fatal.

Request for Sample of the report browse through – https://univdatos.com/request_form/form/350

The various factors driving the demand for defibrillators include the rising geriatric population who are more prone to the CVDs and SCAs. As per a report by the United Nations, there were around 703 million people globally who were of age 65 years and above in 2019. The population of the same age group is expected to get double by 2050 and reach 1.5 billion in 2050. Moreover, surging government’s investment in the healthcare sector for improved infrastructure and digitalization is adding pace to the market growth. As per OCED, the global healthcare spending by the government in the United States increase from 14.13% of GDP in 2015 to 14.37% of GDP in 2019. Same way in the U.K, the government spending % of GDP in 2019 reached 7.97 from 7.87 in 2015. Also, the government across countries such as the United States, United Kingdom, etc., to deploy the defibrillator at the public places across countries for the immediate availability in case of requirement of the defibrillator. Every year 270 children die in the UK after suffering a Sudden Cardiac Arrest at school. Also, it was found that without immediate treatment, 90-95% of sudden cardiac arrest victims die.

For a detailed analysis of the market drivers in the Defibrillators Market browse through – https://univdatos.com/report/global-defibrillator-market-current-analysis-and-forecast-2020-2027

The change in lifestyle coupled with the increasing adaptation of a sedentary lifestyle among end-users that led to the inactivity is resulting in high complications and risk for CVDs, which is leading to the surging cases of SCA and generating the demand for defibrillators. As per the American heart association, 99% of Americans need to improve their heart health, out of that 56% of adults have been told to improve their health.  Furthermore, the need for immediate treatment of the victim of SCA is also a key contributing factor to the growth of the market. In the United Kingdom, the emergency services average response time to a cardiac event related incident in an urban area is 11 minutes.

Based on end-user, the market is fragmented into hospitals, clinics, & cardiac centres, pre-hospital care settings, public access market, alternate care market, and homecare settings. The Hospitals, clinics, & cardiac centers segment dominated the market and generated revenue of US$ 8.8 billion in 2019 on account of the rise in the number of healthcare facilities, and cardiac center owing to the rising CVDs patients globally.

Additionally, the report provides detailed initiatives that are being taken in the field of Defibrillators. The market is classified into distinct regions including North America (the U.S and Canada), Europe (Germany, France, Spain, Italy, and United Kingdom), Asia-Pacific (China, Japan, India, South Korea, and Australia), Rest of the World. North America dominated the market and generated revenue of US$ 3.8 billion in 2019 owing to the rising incidences of CVDs As per the American Heart Association, there are more than 356,000 out-of-hospital cardiac arrests (OHCA) annually in the United States. Moreover, the presence of well-established players in the U.S and Canada make the region dominating. However, Asia-Pacific is anticipated to witness the highest CAGR during the forecast period.

The defibrillator market can further be customized as per the requirement or any other market segment. Besides this, UMI understands that you may have your own business needs, hence feel free to connect with us to get a report that completely suits your requirements. 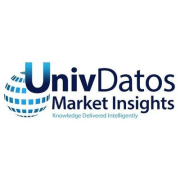 How to Move with Your Kids Smoothly

What is Corporate Reputation?