Green Hydrogen Gas (GHG) is the latest among developments for cleaner and eco-friendly energy. It is being seen as a cleaner alternative to hydrogen as a fuel. So what makes it better, and how is it different? Hydrogen has always been known to be the cleanest energy source in existence being made of a single proton and electron. It is also renewable and clean energy by itself. Yet it has always been strange to associate hydrogen with green energy owing to it being created with non-renewable energy.

Since the last decade, a lot of push has been made to increase dependence on renewable energy in India. This involves gradually moving away from fossil fuels. To promote a green India, renewable energy will need to be manufactured from renewable sources. To create innovations like that, the energy & allied sectors must rethink their attitude towards energy.

Industry leaders will need to invest their time in a renewable energy management courses. This will only help the industry push forward to explore green innovations.

The process of creating hydrogen has been traditionally done through the use of fossil fuels such as coal, oil and natural gas. Even though it’s seen as ‘clean’ energy, it’s creation still involves releasing detrimental greenhouse gases. This problem is easily avoided with a newer manufacturing process that replaces the use of fossil fuel altogether. The first step involves the production of energy from renewable sources. This energy, in the form of electricity, is then used to electrolyse water which splits the water molecules into hydrogen and oxygen. The newly created GHG is then stored for future industrial or domestic use.

GHG has more than 3 times the energy content of gasoline. As such it’s being seen as a preferred fuel for storage and transportation applications. Creating a green alternative for producing hydrogen will ensure that the process becomes self-sustaining and truly renewable.

India is already moving forward with the innovation. There are plans to set up hydrogen production units utilising renewable energy in India gradually. According to a government official associated with that field, the plans are to set up green hydrogen production units. This is to be done utilising wind and solar energy, due to the energy-intensive process of manufacturing GHG.

Other Impacts of GHG

Green Hydrogen Gas can help India reduce its dependence on fossil fuels significantly. Hydrogen being able to store energy can also provide grid-scale storage solutions. This can further help in resolving the transmission of electricity and evacuation related problems for clean energy projects. As an added benefit, it will also help support the production of needed ammonia. Ammonia being the preferred nitrogen-containing nutrient, it’s used to make fertilizers.

“Apart from reducing our dependence on fossil fuels, it will also help in resolving electricity transmission and evacuation related problems for these green energy projects and can be the feedstock for ammonia production. This will also help in reducing India’ fertilizer imports,” the government official added.

Can Education Help With Greener Innovations?

India has been a hotbed for inventions and innovations. It has been the result of a scientific mindset in the society. But the education in question is for those aspiring to work in the energy sector. The changes required can only be solved by understanding the significance of energy management, and realising how to enforce efficient energy use. Executive course in energy management is the answer to educating the industry on that front. Such courses are necessary to analyse energy use in the country right now, and how efficiently energy can be used, or what innovations can be made. Designed specifically for those already involved in the energy sector, they can also learn how to efficiently improve it.

MBA programs in Energy management  are the need of the hour not just for industry leaders, but also for others aspiring to change how energy can be utilised for the better. Only a thinking-outside-the-box attitude can help create innovations like the Green Hydrogen Gas process. As such, energy management must be encouraged throughout society.

How GHG Helps With Greener India

To promote a green India, clean energy projects now account for more than one-fifth of the total installed power generation capacity in India. Around 34.6 GW of solar power and 38 GW of wind power is produced in India. It is expected to more than double that production by March 2022.

According to Rajesh Ivaturi, Partner, Power and Utilities at EY India, “Grid-scale power storage technologies are still evolving and India needs to invest in diverse technologies till one of them emerges as a clear winner. Hydrogen is one such technology worth investing in. Given that hydrogen production is energy-intensive, we must explore options of generating hydrogen through cheap solar-powered plants which in-turn would support hydrogen-based energy storage creating a potentially symbiotic relationship.”

According to Sanjay Aggarwal, Managing Director of Fortum India, the future of energy systems will depend on hydrogen a lot. As per him, natural gas will be replaced with the use of hydrogen gas, by the end of the next decade. Cost of green hydrogen production will also be reduced exponentially in the coming years. 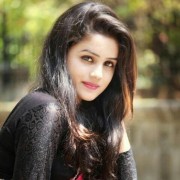 How Does a Fridge and its Compressor Work?

Employments Of Mathematics In Technology And Daily Life