The iPad burst into the scene in 2010. It is a slate-like computing device that is Apple’s entry into the tablet market. It runs on a modified version of iOS and lacks a mechanical keyboard. It works and operates the same way as an iPhone or an iPod Touch; it is larger.

The iPad comes in the following variants;

Each variant has its dub-types based on size, connectivity, and other criteria.

It can all get very confusing as the computing hardware market gets increasingly diverse and sophisticated. Gone are the days when you had a desktop and a laptop. There are now tablets, phablets, touch laptops, and probably other categories.

A thing to remember about the tablet market is that size doesn’t always matter here. Here, good things come in small packages; a case in point is the iPad M.

The iPad Mini 4 in a nutshell:

The iPad Mini 4 arrived in 2015 and offered considerable strides compared to the iPad Mini 3. It was available in two variants: Wi-Fi only and Wi-Fi with 4G LTE data connectivity. Its screen size was 7.9 inches, and the memory configuration was 2GB RAM and 128GB ROM. It had a primary 8MP camera and ran on iOS 9.

What are the good points of the iPad Mini 4?

The iPad Mini 4, as the name suggests, is a small-screen device, but it isn’t without its fair share of several plus points. Here we highlight the best of the iPad Mini 4 according to the critics and the general users.

They also highlight why it remains an attractive proposition over the more expensive iPads.

What does the iPad Mini 4 lack?

Nothing is perfect in this world, and the iPad Mini 4, despite its various advantages, also has some anomalies. We highlight them below for a fair assessment.

The performance of iPad Mini 4

Processor: The iPad Mini 4’s performance is adequate and satisfying. Despite using an older CPU, there is little to complain about its performance. In the coming years, though, it might seem dated when iOS11’s support may not be available.

Apple has developed a new chip called A8 for the model. It is much faster than the previous A7 used in iPad Mini 2 and 3. There’s another processor called M8 to run things even more smoothly and efficiently. It takes off pressure from A8 too.

Battery: You get an almost 10-hour battery life with moderate usage after a full charge on the iPad Mini 4. While it may not be awe-inspiring but is still good enough to last a day.

Camera: The iPad Mini 4 has an 8 MP camera equipped with an iSight sensor. It also has the same capabilities that other its big brother iPad Pro. It includes panorama mode, slo-mo video to 120 fps at 720p and other valuable features. It makes for an overall competent camera setup.

Operating system: The iPad Mini 4 runs on iOS 10 and should easily upgrade to iOS 11. The iOS 10 offers a very user-friendly interface and lots of exciting features that anyone would find helpful.

The Apple iPad Mini 4 is quite a looker. Anyone will admire its sharp look and sleek finish. Its got a slimmer chassis than its predecessor and is 6.1mm thin now, a drop of 18% from its last model. The polished round aluminium edges give it a refined look and add to its beauty.

It is available in different eye-catching covers, and for the smart cover, there is a range of several new and stylish colours.

It is also super light and weighs just 299 grams only. The screen size is 7.9 inches which is small, but it is called iPad Mini for this reason.

Under the home button lies the Touch ID fingerprint scanner. It is not upgraded like the iPhone 6s and 6s Plus, but it is still good enough as an additional security protocol.

It’s also got a new anti-reflective coating to make the screen more visible under sunlight. Apple has also removed the space between the cover glass and LCD to make it more robust and accentuate the contrast.

The screen produces vibrant and lively colours. Watching a movie and pictures is a delight in this iPad Mini because it makes everything look real-like.

From where can you buy an iPad Mini4?

Apple has discontinued the production of the iPad Mini4, and there is a rare chance you will find it in unboxed condition at a retailer. You are more likely to see it in refurbished or used conditions. And for that, we recommend Wise Market Australia. It is a terrific online platform that sells used, new, and refurbished phones. All its phones come with a 13-months warranty and a 21-day money-back guarantee. You must visit and see what it has to offer.

Should You Buy an iPad Mini 4?

After all these years, the iPad Mini 4 is still a decent iPad to buy and operate. As we have seen, its lineup of features is still relevant. The performance is also up-to-the-mark as you are unlikely to find it in brand-new condition, so its cost has also come down because you will most likely buy it in a used or refurbished condition which is cheaper.

If you are considering upgrading your iPad or buying your first tablet, an iPad (new or old generation) is a better buy than the iPad Mini 4. Apple still supports the Mini 4, but the time is fast approaching when will no longer support it for any system and security updates. It will effectively render it obsolete.

If you need more storage for your iPad then the Mini 4 provides a very tempting offer of 128GB. So many customers prefer their iPads to be small, compact and easily portable which the Mini 4 undoubtedly is.

If you aren’t averse to buying used or refurbished devices, then the iPad Mini 4 will be a great catch for you. You can buy it at a budget price, save money and relish all its exciting features.

We hope this information will serve you well and now you know if the iPad Mini 4 is still worth buying or not? The choice lies with the buyer, we have given a detailed analysis of its spec, performance and other key aspects. Since the release of the iPad Mini 4, Apple and its competitors have released several tablets. The iPad Mini 4 has its merits but might feel the heat of the competition. 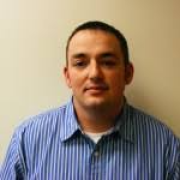 Buying Furniture for Your First Apartment: The Basics

Important Things That You Must Do Before Actually Selling Your House

HOW TO EXPAND YOUR BUSINESS

What is Thermo Lipid and Buy Injectable Steroids Online for Bodybuilders?

How Hard Could It Be To Have A Great Electric Concrete Pump Machine?