A popular finding of how many students are watching Netflix states that it’s no less than 92%.  The remaining 8% of students have probably heard the term ‘Netflix and chill’ but didn’t do that in person.

With the intervention of modern technology in our lives, the method of ‘1 screen= 1 user’, is no more a distant idea, it’s happening in our lives. There’s nothing bad about watching one or two episodes of your favorite series on Netflix. But the online entertainment platform has replaced the term ‘addiction’ for many students, which makes them spend at least five hours of screen time at a stretch on weekends, a little less on the weekdays.

The problem with students investing so many hours daily is coined by social scientists as ‘The Netflix Effects’.  Here are some highlights-

Firstly, let’s accept it, Netflix is addictive. Students are the easiest targets for any entertainment media. Be it the television, or Netflix- it’s the students who binge-watch despite failing grades, late at work, health issues, obesity, and zero social and personal life balance. As per studies, these might seem common, and the reasons also vary, but this new idea of watching online series on Netflix is robbing of their valuable time that they can never get back.

The second important adverse effect of watching Netflix by the students is they are more vulnerable and depressed. Depression due to zero connection with the family and society has lead students to increase their screen timings even more. Symptoms like temper loss, problem to concentrate, feeling lonely, and refraining from making contact with family are often being overlooked. Migraine, being absent-minded, and problems remembering little things are some of the physical symptoms of being depressed.

Last but not least, students are hampering their academic growth with too much addiction to Netflix. Students, acquiring different degrees, need to stay in a strict routine to perform well in their academics. Their sincerity, attentiveness and careful steps during the academic years are far-fetched. While Netflix is stepping in that routine, the long term effects on their career cannot be denied.

In conclusion, every student out there is somewhat suffering from the ‘The Netflix Effect’ which is worsening. With increased hours spent on Netflix by the students across the world, it’s no more a stress reliever if the users are school and college-goers. Moderate time spent on ‘Netflix and chill’ is all about time spent healthily, without interrupting mental peace. Those wasting time watching Netflix, need to curb their urge back.

Author bio: Simon Matthews is visiting faculty for a notable university in Australia. He has acquired his Ph.D. in accounting from the Federation University. He has been a part of many academic seminars and conventions. He is also serving as an expert on assignment help 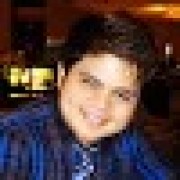 How Can I Use Marg Software on My Android Mobile Easily?

Why UK Based SEO Companies Are the Best Choice