For a long time now, private equity firms have sat idle due to high valuations. The coronavirus outbreak, however, is stirring up the market and private equity firms are getting a reward for their patience. Firms are out bargaining for deals that can change the game. Reports of the acquisition of China-based property company Soho China Limited, by Black Stone Group Inc could be seen as the start of the trend.

In China, the top destination for investments for Asia Pacific-devoted firms, valuations didn’t budge significantly even as the economy slowed down before the outbreak. Nearly 3,000 private equity firms continued to struggle to find good deals. Bain& Co found high valuations were amongst top challenges for PE firms to find deals in the region.

Valuations dipped slightly last year to a median ratio of 12.9 times EBITDA from 13.3 times in 2017. Notwithstanding, valuations remain above 2017 and continue to rise in 2020.

Another sign of the growing interest of investors is the dipping MSCI Asia Pacific Index. The Index dropped 23% this year and opened up potential buyout options for firms. Consequently, the valuations of unlisted companies dropped down significantly. Lack of dollar liquidity amid the outbreak is a challenge that may force founders and entrepreneurs to not give up the reign of their company, which is a major impediment in transactions, particularly in South East Asia.

Another relief for investors could be Masayoshi Son-led Softbank Group Corp’s $ 99 billion Vision fund’s slow-paced activity. If anything, this would be a welcome relief for other investors, who see the group’s fund, raising valuations of companies. Son’s attention, however, seems to be caught by the bank’s declining valuation, which Son decided to raise by $4.25 billion share buyback plan. Softbank has been embroiled in challenges with its portfolio companies including We Work and OYO.

This is happy news for private equity firms. However, not all firms might benefit from this rout. Top private equity firms are still positioned strongly with humongous funds, but smaller firms continue to struggle. For instance, New York-based Warburg Pincus raised $4.25 billion, which is more than its target, for its China – South East Asia Fund last year. TPG Capital and Baring Private Equity Asia raised multi-billion dollar funds last year. KKR & Co. completed a $12.5 billion fundraising and Blackstone closed a $7.1 billion real estate fund last year that was the biggest ever in that sector. Over the last few years, sovereign wealth and pension funds have been prudent in their investments which have left them with aplenty cash.

Contrarily, smaller and newer funds spent an average of 22 months on the road and raised only 60% of their goals, according to data from Bain and Preqin.

The difference between financially strong and weak PE players will continue to grow. Cash strapped firms might not be able to help companies and pull them out from their slumping operations sinking profits. Investments poured into Vietnam and Southeast Asian neighbors on the belief that trade wars might force the supply chain out of China. However, investors now doubt their investments in the South East Asia region.  Chinese consumer businesses which were once a magnet for US private equity firms might not enjoy the same favor. In the process to curb coronavirus outbreak multinational chains like McDonald’s Corp and Yum China Holdings Inc. ‘s KFC had to shut themselves. Citic Capital Holdings and Carlyle Capital LP, which owns McDonald’s China business can come through and avoid closures. Sadly, the same can’t be said for other restaurant businesses and chains. 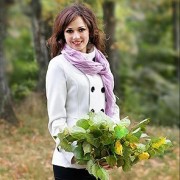 What Happens When You Don’t Relocate with Packers and Movers?

Bring Creativity in your Packaging Design to Improve your Brand

Check New Boutique Packaging which are Trending in 2020