There is a new trend being followed around the world.

Do you have any idea what that is?

Let’s get to know

You might have heard countries banning TikTok. India, the USA, and now Pakistan have banned TikTok due to many reasons, foremost of them being the security concerns.

Whenever big giants see a new opening to capture the market, they never miss that option. Similarly, as the world has been banning TikTok, YouTube saw this opportunity and launched its short-form video-sharing app with the name of YouTube shorts.

With this application, you can make short videos of 15 seconds. The app has been initially released in India, which is one of the largest countries of the world by population and a market of more than a billion people. This opportunity has been captured because the future of the TikTok looks bleak and uncertain because of the changing political situation around the world countries are concerned about the data security of their citizens.

What features are we going to get in YouTube shorts?

Much like TikTok, this new application will come with a multi-segment camera. There will be a library to choose songs for the videos and the option to merge small clips to make one video. It is a real copycat of TikTok.

Again, plagiarizing TikTok, it will give its user the ability to control the speed of their clips, allowing its users to be creative with their content. They will also get timer and countdown options to play with your clips.

YouTube has added another row on the homepage of YouTube where the users can watch short videos.

YouTube shorts will come with hundreds of thousands of tracks from partners like T-series and Believe Digital.

YouTube had added the feature of vertical swipe just like TikTok where you can swipe from one video to another and can also find related short videos.

Since the video app is yet in its initial phase it is available in its beta form on an android device but the developers say that the application will be available for IOS shortly.

The new application will allow you to make 15 seconds videos, on the other hand, TikTok allows its users to make 60 seconds videos. It can be expected they might increase the length of the video as the application is fully rolled out and they see what their user preferences are.

By the launch of YouTube shorts, the parent company has quickly snatched this opportunity and to fill the void being created by the ban and uncertain future of TikTok. According to the company they are aiming to capture a big market of approximately 2 billion people around the world to replace TikTok.

The market was flooded with new short video-making apps after they found TikTok in upheavals earlier this year. Many developers started working on making new apps that could replace TikTok while some users started using their local applications.

Many of you might have used TikTok or seen the videos made on TikTok. But recently another short-video-making app was rolled out by Instagram to increase followers.

The user interface offered by Instagram in Reel is simple. To use the app, the users are required to access the inbuilt camera option of Instagram. After which the reel option will appear at the bottom to make short videos.

The app allows its users to make a video of 15 seconds while TikTok allows 60-second videos. When making videos you will find many options and filters to have fun and play around with your video making skills.

The reel app seems to borrow well from its banned rival app TikTok with four characteristics of – Audio, Speed, Effects, Timer – found as icons on the screen’s left side. Video can be recorded with pauses at different places just like TikTok. Similarly, a hand-free option is also available.

The speed of the video can be increased or lowered according to the requirement of the user. The somewhat improved feature is the option of alignment where you get an idea of where to pick the video up again and record after it has been paused at a point

This feature might be of greater interest to Instagram users. The app works perfectly well in combination with Instagram’s already available filters. One limitation is that the users will be able to use only those filters that they have already downloaded at the time of making videos.

However, this does not seem to be a big issue because they always have an option to download the required filters and come back to video making again. In any way, the users will get used to this tiny limitation.

The Reel does not come with that particular feature where you can record twin reactions side by side. The duet option has been very popular in TikTok

The final thoughts on reel

The vast numbers of TikTokers found themselves platform-less when TikTok was banned in India first. The video making app has given people a platform to show their talent in a fun way. After the ban, they were looking for many other options. With Reel, they have found an option to relive that somewhat same experience.

Since the application is still in its earlier stages, the time will tell about its diffusion among the masses. However, looking at the popularity of Instagram, it seems that the app will be successful in making its place.

TikTokers have made their individual space in the social media world now they are faced with a challenge to work with big fishes of Instagram who are well versed in using the platform. They no longer have their unique identity as TikTokers and its legacy and fame are going to haunt them for some time to come. 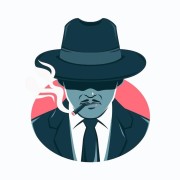 Important Tips Before You Hire A Personal Injury Lawyer

Everything You Need To Know About Solar Net Metering