Cyber Security has become a raising concern over the years in the world of Internet all around the World. The risk becomes much higher when precious information is exchanged between the client and the web server. There is a need for a technology that makes the data flow secure and encrypted over the internet. For secure authentication and encrypted transmission of data over Internet both SSL & TLS protocols are used worldwide. SSL and TLS are cryptographic protocols used for authentication and data encryption between networked servers, computers, and devices. SSL has been around for 25 years. Netscape created the first version of SSL (version 1.0) in 1995, but it was never released due to critical security flaws.

SSL 2.0 was a failure, and SSL 3.0 was released just over a year later. People contributed to the development of TLS 1.0 in unison. TLS 1.0 is very similar to SSL 3.0, but there are enough differences to classify it as SSL 3.0 ahead of time.

This blog will explain the key differences between TLS and SSL, as well as how both work.

History of SSL and TLS : The Evolution of Secure Site

SSL has been around for about 25 years, which is ancient in internet years. Netscape created the first version of SSL, version 1.0, but did not release it because it had several security flaws. This resulted in the development of SSL 2.0, which was slightly improved but not sufficiently to be considered a secure protocol.

Then came SSL 3.0, which, as we can see today, is riddled with serious security flaws. Thus, in 1999, TLS 1.0 was released, which was nearly similar to SSL 3.0 but differed sufficiently that TLS 1.0 and SSL 3.0 did not interoperate.

TLS 1.1, an improved version of TLS, was released seven years later in 2006, and was replaced by TLS 1.2 in 2008.Currently, we are at TLS 1.3, which was finalized in 2018. The latest version has certain advantages over the previous versions.

What is Secure Socket Layer (SSL) ?

Prior to the release of Transport Layer Security (TLS) in 1990, Secure Socket Layer (SSL) was the most widely used internet security cryptographic protocol. However, the SSL protocol has been decommissioned, but TLS has adopted it. Most people refer to it as SSL. SSL creates a secure connection between two devices or computers connected to the internet or an internal network.

How Do SSL and TLS Make Connections ?

To understand the differences between SSL and TLS, you must first understand how they establish connections. Both the Transport Layer Security and the Secure Socket Layer protocol helps in providing security and establishes an encrypted connection between your web browser and the web server you are connecting. An SSL handshake creates a connection over a port. A TLS connection, on the other hand, facilitates implicit connections via a protocol.

A key exchange method is part of a cypher suite. The identity verification algorithm, bulk encryption method, and message authentication code (MAC) algorithm are among them.

Each version of SSL and TLS supports a different set of cypher suites. Newer versions contain even more secure cypher suites, which substantially increase security and effectiveness of the connection to the internet.

Main Differences between the SSL and TLS :

So let’s discuss some of the main differences between SSL & TLS protocol :

Important distinctions between TLS and SSL

The main distinctions between SSL and TLS are difficult to discern. To understand the distinctions, you would need to be an expert in technology. Here are the notable variations, though:

The “No certificate” warning message is displayed by SSL. The TLS protocol replaces the alert message with multiple more alert messages instead of discarding it.

In TLS, the hashes are generated over a preliminary message, but in SSL, the master secret and pad are included in the hash calculation.

In a crude way, SSL message authentication links the crucial information and application data. The HMAC Hash-based Message Authentication Code is the only method used by the TLS version.

Why is an SSL/TLS certificate required ?

The online environment is rife with dangers and risks that jeopardize a user’s security and privacy. Due to this, cybersecurity has become a serious danger that costs the economy millions of dollars every year.

More internet adaptation puts everyone, from businesses to individuals to schools, at great danger. Large businesses are particularly at risk since they constantly trade sensitive information with one another and store a lot of users’ private data.

Modern encryption technologies that protect your online activity from prying eyes are used to safeguard your website, according to SSL and TLS certifications. By encrypting your internet connection, you shield it from cyber criminals and spy agencies who are always devising new ways to eavesdrop on it.

Nowadays, SSL certificates are extremely important because they are known to dramatically improve a website’s search engine ranking. Since e-commerce websites typically have a payment system where you must enter your financial information, these websites employ SSL certificates by default. We’re going to tell you not to make a purchase from a website that asks for your credit card number without an SSL certificate.

By encrypting your internet connection, you shield it from hackers and snoopers who are constantly devising new ways to eavesdrop on it. Because SSL websites offer a better experience for users and pose fewer security risks, internet users prefer them.

Which one is good to get – an SSL or a TLS certificate ?

There isn’t enough of a difference between SSL and TLS certificates to choose one over the other. The data transmitted between a server and a user is encrypted using both cryptographic techniques.

TLS is without a doubt an improved and more secure version of SSL. At the same time, SSL certificates are widely accessible on the web server for the same reason—to secure your website and the user’s connection to a specific site. When making a connection between both the server and the user, TLS employs asymmetric cryptography. For a speedier connection, TLS permits symmetric encryption for both the client and the server.

You can use either SSL or TLS, to provide websites with the HTTPS address bar, which is now accepted as the de facto symbol of online privacy and security.

An overview of data transfer encrypting data over the Internet is given by the TLS and SSL protocols. Although all public forms of SSL are non-exclusive and have been deprecated for a while, SSL continues to be the most used internet phrase. To use both the SSL and TLS protocols, we must put it in a certificate on the server. Most people refer to it as “SSL certificates,” and both the SSL and TLS technologies accept these certificates. If you also want to secure your Website with SSL, visit our site. 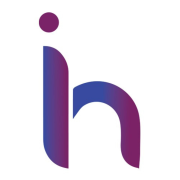 6 Reasons Why Management Accounting Is Important For Businesses

Product Selection For Custom Design Home: Your Takeaway To The Best Products For Your Project

Why The Use Of Desktop Publishing Important?

What you need to know before buying batteries for a UPS