IQ Test which is ideally known as the Intelligence Quotient Test is much talked about in today’s time. IQ comes about with different forms and the test enables us to discover the individual’s strengths and weakness.

Let’s start with the Cons:

Arise firstly due to modernization and different outlook that comes along with it. For instance, many intelligence tests have a minute level of biasness; to remove the biases from tests new revised version of IQ tests have been brought about. The tests are revised mainly so that the questions succumb to the present population.

Example – Wechsler’s test which has been revised by time and period. Studies have also shown that IQ test do not reflect intelligence.

The IQ test also tends to categorize an Individual’s score with a generalized large population. The tests are also much focused on the disabilities and weakness of the person and that helps to come about with an idea as to what should be the focus area for the individual.

This ultimately has a tendency to lower the morale of the individual as they may feel low being compared to a generalized population. The importance of an IQ test is immense, merely because it focuses on the key aspects that underlie the usage of an IQ test.

As for the Pros:

An IQ is derived from a set of standardized tests (conducted the same tests on many groups of people) which makes it more reliable & results more accurate. Accuracy however varies in degree in the forms of tests which measure different intellectual abilities.

Student placement is one of the biggest pros where the teachers can provide more resources to students when they get to know about the essential necessities required by the students.

A proper accurate score of I.Q. can also give an opportunity for the parents to be able to pitch in what the betterment of the children.

I.Q. tests open the door for being able to identify an individual who is gifted in different areas.

Focus is more on the intellectual strengths and also helps to differentiate in abilities ultimately helping in the field of recruitment.

It brings a sense of satisfaction among the employees later when they are placed according to their intellectual abilities.

This particular test is available at Brainwonders. Along with DMIT test the professional counselors summon to a detailed counseling which brings an insight about the abilities they have, which is innate.

Initially the test was brought in France in order to draw attention towards students who required more assistance in school and then later used in the field of military in order to recruit for different posts.

Recruiting the right person for the right post is always a matter of concern. The test is something that deals with measuring the intellectual potentials of an individual. 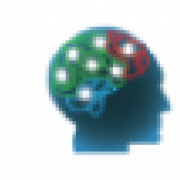 Struggles of Online Education in Pakistan

4 Things You Should Know Before Sharing Data With Strangers