Netflix and Christmas have a magical touch that makes your heart open to sharing on all levels. Even cliched tales and exaggerated emotions may have an impact. You may get enthralled by the applause to the point that you begin to like films that you would normally dismiss. And rightfully so. Christmas is the time of year when there are lots of fish in the river for moviegoers.

Are you seeking happy endings with little depth and characters as thin as paper? Or maybe you’d like to watch seasonal classics like A Christmas Story, and It’s a Wonderful Life? Whether you have a sophisticated taste in entertainment or like to watch cheesy fare, Netflix has many unusual and traditional Christmas films to choose from. Whatever you need to get into the Christmas spirit, Netflix has it in their collection of Holiday and Christmas specials. Prepare to make the most joyful season of the year even more delightful with your favorite SVOD provider. Here you can find the Best internet providers in my area for Netflix in holidays.

Netflix is a one-stop-shop for holiday movies

Netflix is your one-stop-shop for almost every style of Christmas film. There’s something for everyone from new-age tales like Love Hard (a catfishing scenario turned rom-com) to wacky rom-com like Single All the Way. Christmas movies on Netflix are presents that the popular service gives to its customers every Christmas, and they’re chock-full of heartfelt tales and a hundred ways to chuckle.

Without a doubt, Netflix not only establishes trends but also keeps up with them, astutely aware of its audience’s tastes. The reason it can provide such a wide range of stuff for you to enjoy year after year. With a Netflix membership, even “movie snobs” may brag about their collection of great Christmas movies.

So, here are some of our best recommendations for those seeking something to watch on Netflix in the days leading up to Christmas. Choose between a Netflix Original and a Holiday Classic. You won’t have to go far for Christmas titles, ranging from feel-good and poignant films to one-night TV shows.

On Netflix, the finest Christmas movies to watch

Do you want to add a cute and cheery rom-com to your Netflix queue? So there you have it! Love Hard is a catfish Christmas rom-com starring Nina Dobrev as an optimist romantic and Jimmy O. Yang as a cat fisher man that you won’t want to miss. The narrative is full of unexpected twists and turns, which begin when Nina plans to surprise her lover with a Christmas visit, only to find out that her online sweetheart had been using ex-photo friends on his page. Watch what happens when Nina insists on meeting Jimmy’s ex-friend Tag, whose photo he had been using on his site.

Every step of the way, I’m single – Netflix

Single All the Way, another Netflix rom-com, stars Jennifer Coolidge in a narrative about the ups and downs of a lesbian couple’s love life. Watch what happens when Michael Urie persuades his best buddy Philemon Chambers to pretend to be his lover on his Christmas vacation home. The joyful LGBT love tale earned #6 in the top 10 weekly ratings during its first week on Netflix.

For Your Home’s Fireplace – Netflix

While pessimists could say it’s like watching a screensaver in practice, movie critics might argue that an hour-long video of a fireplace isn’t truly a film. The “golden cliché” will serve for all such expressions. Seeing is believing, after all. Isn’t that so?

The Fireplace For Your Home, Classic and Birchwood Editions are discreet fillers that contribute to the holiday ambiance without being overpowering. It’s no longer the time to watch a movie in those uncomfortable in-between times when you can’t decide what to watch next or when festivities grow too loud. Get an open fireplace to spark and crackle in 4K UHD, providing just the proper amount of high-definition warmth to the ambient ambiance!

This fascinating short video tells the tale of a tiny robin reared by mice. The little robin wants to fit in with her “family,” but she is curious about who she is and how to fly. Watch this great short-created warm and cuddly thanks to Aardman Animation’s amazing clay animation methods. You’ll also find out whether the young robin’s request for a Christmas Star is granted.

Christmas Is For Boys – Netflix

This video would be a delight for you and your family if you have viewed and enjoyed fantasy films with a Santa background. The film reimagines the journey of young St. Nicholas as he searches for the meaning of his existence, using cold and dark and warm and bright tones.

This film, starring Kristen Wiig, Sally Hawkins, Toby Jones, and Henry Lawful, is heartwarming. With the greatest special effects and superb performances, particularly from Lawful as Nikolas, this film solves many “Santa issues” for children.

Christmas on the Square by Dolly Parton – Netflix

Dolly Parton’s Christmas on the Square is a terrific choice if you want to feel good this Christmas. This film is a literary genius, with a tone of wacky tunes. And with a performer like Dolly Parton, whose charms draw people together from all walks of life, you can be sure that everyone will have a good time. With its true sharing of the pleasures of Christmas, the Emmy-award-winning TV movie is created to appeal to just about everyone.

Netflix first broadcast this Christmas musical fantasy video in November 2020. The film, originally conceived as a theatrical play, is a new Holiday Classic for the United States’ underserved populations. The film has all of the elements of a classic Christmas narrative. Jeronicus wanders away from his daughter due to the betrayal of his apprentice and the loneliness that follows the loss of his wife. However, a twist of destiny restores hope to the elderly, once-joyous toymaker’s existence. Watch how his granddaughter’s journey does wonders for Grandpa!

Operation Christmas Drop is a non-profit organization that aims to

Netflix has released another Christmas rom-com. However, the narrative of this one revolves around the Department of Defense’s longest-running humanitarian airlift program. Erica, a congressional aide, has been tasked with conducting an inquiry into the closure of the Guam airfield. But once she arrives, she meets Andrew, who shows her around the facility and explains why the Christmas custom of airlifting food to tiny islands must continue. Anyone who enjoys seeing a Christmas tale with a military theme will enjoy watching Erica and Andrew’s relationship blossom.

A Prince for Christmas – Netflix

The film was released in 2017 and has now spawned two sequels. You can also watch the trilogy on Netflix this Christmas. A Christmas Prince, A Christmas Prince: The Royal Wedding, and A Christmas Prince. The Royal Baby are the three books in the A Christmas Prince series. Since its premiere in 2017, the film has been a fan favorite. And the sequels make for a pleasant Christmas-watching experience with family and friends. Follow Amber’s journey from inspirational journalist to marrying into the royal family and giving birth to the royal baby. as well as the plot’s twists and turns and the ups and downs in her love life.

All you have to do now is gather your favorite Christmas snacks, cookies. And hot chocolate to celebrate in full spirit. You have access to a whole library of exactly the perfect movies to get. The whole family in the holiday spirit. Every day leading up to Christmas Day, watch a Christmas movie marathon. Netflix has everything you could ever want. But don’t forget to check that your home connection is stable and fast enough to provide a smooth viewing experience.

Which cable company has the finest Christmas movie lineup?

In their higher TV tiers, nationwide service providers such as Spectrum, Xfinity from Comcast, Comlink and DIRECTV feature popular and premium movie channels. HBO MAX and SHOWTIME are available as part of the Spectrum TV Silver channel portfolio. Depending on your area, you may choose from various Xfinity channel packages. Including double and triple play choices that include Netflix. With its promo offerings, DIRECTV provides free three-month membership to premium channels. With Cox’s promotional offerings, you may also choose a premium network to add to your TV subscription as a gift. For information on specials in your region, call +1-855-925-4573. 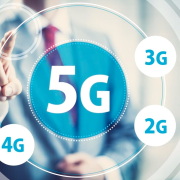 Wifi Vs. Ethernet: Which Connection to Choose?

Why Do Not Choose Ridecabs Service For Outstation cabs in Hyderabad

Why Has Our Generation Been Shaped By Technology?

Shared Hosting With PHP Vs VPS Hosting Vs Dedicated Hosting

All You Need To Know About Registering A Business In Singapore

Why Businesses Should Consider Flexible Hiring of IT Staff from India?