You might meet many counselors and ethical hackers who will tell you that cybersecurity professionals need not know the programming of any kind.

While it is true that there are many ethical hackers part of the industry who do not know to program, it is wrong to say that the job doesn’t require any coding at all. One thing you will often here cybersecurity veterans say is that ethical hackers who don’t know programming are average ethical hackers.

Nobody seeks out to become average at what they do. The desire to do better and be amongst the best in everyone. However, by not knowing to program, ethical hackers put themselves in a position where they are handicapped while facing some of the most common challenges in ethical hacking and cybersecurity.

Why are coding and programming so important for ethical hackers?

The Need to Understand the Profession

A batsman in a cricket game is tasked with scoring runs. He knows how to bat, the technique involved to score runs, and all the other nitty-gritty of batting a batsman should know. Since he is a specialist at batting, does he know nothing about bowling or fielding? Does he not even understand the concept of how a bowler bowls and how a fielder is supposed to field? Is knowing how to bat enough to play the game of cricket?

A common excuse trotted out by those who don’t think ethical hackers need to know programming is that they are specialists and not generalists.

The problem with this argument is that while working as a typical ethical hacker, there will be many times a professional would have to study the source code. For someone who doesn’t know anything about programming, this exercise can become extremely tedious.

This is why it becomes imperative for an ethical hacking professional to know basic programming.

The Role of an Ethical Hacker and the Need for Programming

An ethical hacker is not just supposed to point out the problems. He/she is expected to come up with solutions. This is something most ethical hackers seem to miss out on. There are far too many people who start learning ethical hacking with the false presumption that there is no need to learn to code for the job. The truth is fuzzier than that.

While working as an ethical hacker, a professional doesn’t just use a bunch of tools to find vulnerabilities. Many waking hours are spent combing through hundreds of lines of code which may not make sense to an individual who doesn’t know how to code.

This is exactly the kind of position which can make an ethical hacker helpless and dependent on another professional who can actually program.

As a non-coder, an ethical hacker may be able to land a good job. However, there is much less runway for growth as the ethical hacker won’t be independently capable enough of managing a larger cybersecurity apparatus. Infosec professionals who know how to code are preferred fro promotions to positions like the system and network admins. Those who don’t know how to code often find themselves stuck at the bottom of the hierarchy.

A tech professional cannot be oblivious to the underlying language used to create modern applications and services. Ethical hackers are tech professionals, and they should know how to program if they wish to grow in the field.

In many cases, ethical hackers are expected to provide key insights into the development of secure cyber systems. In other words, they work with developers to create cyber systems that are secure. Since they are aware of the vulnerabilities a system might have, they are best placed to help developers create truly secure systems.

An ethical hacker is not just a professional who belongs to the cybersecurity domain. He/she also belongs to the overarching tech sector where programming languages are used to create systems and manage networks. A professional who cannot code or has no knowledge of how tech applications work beneath the surface will always find it hard to grow in the field. Ethical hackers are in the same boat.

In conclusion, this article covers why programming is important for those in the field of ethical hacking. If you wish to learn more about cybersecurity, consider joining my ethical hacking course in Delhi. 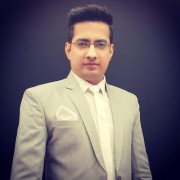 How to Extract audio from video for free