Cell performs various functions inside a living organism, of which development of the embryo is considered most significant as it is controlled by a cyclic series of accurate behaviors exhibited by the cell. The development of the embryo is maintained by the predilection of genes and by environmental impacts on genes. The cell is the basic structural and functional unit of all life forms. So, the study of cells holds a key significance in the process of development in humans. Another aspect of cell study is to examine the abnormalities and their associated factors. By controlling these aspects, we can effectively control these diseases.

There are several techniques devised for the study of genome or transcriptome for a cell at the single-cell stage. Single cell RNA sequencing is one of the most widely used techniques around the world. This technique is used to examine the cell behavior and other properties of a cell-based on modern needs. Microarray analyses suggest that Tang et al firstly used this modern technique and he is regarded as a pioneer for this technique. Because of its wide implications and accuracy, this method is being efficiently used in determining the developmental processes in humans. This technique is implicated to study the immune responses and disease controlling behavior of a cell inside a human body.  This technique has led us to strengthen our mindset regarding pathogenicity and controlling the expression of a gene at a single cell stage.  This helps us to understand the regulation of a network that controls the embryonic development of humans.

This technique utilizes RNA to determine the role of a single cell in development. This starts with the isolation of a healthy and intact RNA fragment. Three approaches are utilized in this regard. These include RNA fixation, the Optimal cutting temperature approach, and the study of immediately frozen tissues. One of the major outcomes associated with this technique is, it produces a high quality and intact RNA. One thing that should be considered very important is the storage of tissues which should be done at −70°C followed by various protocols. It will surely improve the morphology of RNA for further studies although it has no significant impact on the preservation of RNA. There are several fixative agents available in the market of which methacarn and formaldehyde are being effectively used in the laboratories for morphological analysis and improving the viability of RNA sequences.

The use of formaldehyde as a fixative agent is has been the most favorable method for scientists and is being applied for the past few decades. Formaldehyde fixes the RNA to study the histological, morphological, cytological, and histopathological aspects of a cell. It also unveils the actions of immunoreactive antigens in human development. With the greatest ever revolutions of scientific advancements, this technique also has developed modernity in its techniques. These modern techniques include the construction of a Complementary DNA library, Polymerase Chain Reaction, and analysis of copy numbers. There is an always increasing trend to use formaldehyde-fixed RNA samples to run clinical trials worldwide.

Single-cell RNA sequencing starts with the promulgation of cell culture. Cell culture is developed by using the tissues obtained from the model organism. In most cases, the rat is used as a model organism. The fresh and healthy tissues are obtained after sacrificing the rat by subjecting to anesthesia. In this process, the brain of the rat is removed to prevent further complications. Finally, the tissues are then processed to obtain a single cell.

Presently, there are various techniques available to obtain a single cell from a tissue i.e. Magnetic Activated Cell Sorting, Microfluidics, and Laser Capture Microdissection. The most used method is Laser Capture Microdissection.  These methods are categorized into two categories based on the method of cell isolation. These categories are both high and low throughput methods for cell extraction from the tissues. Laser Capture Microdissection belongs to the low-throughput category. It utilizes a microscope to isolate a single cell followed by visual examination. It clearly reveals the morphology of a cell stained with a specific dye. This technique requires specialized skills. If an inexperienced person performs this experiment, it will spoil the quality of the specimen. This technique is implied for the cutting and extraction of a single cell from the already fixed tissues of the sample with formaldehyde.   There are several advantages associated with this technique. Firstly, it ensures accuracy and maintains versatility. Secondly, it is a fast-speed method requiring minimal time. One of the disadvantages associated with this technique is the isolated cell’s RNA may be damaged. To prevent from damaging, the RNA sequences are fixed by using various chemicals. This not only ensures health but also increases the viability of these RNA sequences.

Six sections of RNA having a size of 12 μm are extracted from the cell from each sample. It is further processed, and the processed material is placed in a centrifuge for centrifugation. Centrifugation will yield healthy and active RNA segments for further experimentation. This whole experimentation is done under controlled conditions to prevent any complications that can spoil the quality of RNA. These RNA sections are then stored at a temperature of −80°C.

A standard solution of formaldehyde (10%) is prepared for the process of RNA Fixation. Already prepared RNA sections (RNA containing 50 mer) are fixed with formaldehyde solution. A measured amount of buffer usually Phosphate having a pH of 7.4 and a small amount of Sodium Chloride is added to them. The whole mixture is mixed with a formaldehyde aqueous solution (10%). Store it at a temperature of 26-27 °C for 90-100 minutes. After this, an excessive fixative agent is removed by washing the sample twice or thrice with distilled water.

The process of RNA sequencing takes place in three different levels. Firstly, it is subjected to Reverse Transcription. Secondly, RNA is amplified by using a complementary RNA segment. Finally, this sequence is added to the genomic library of RNA sequences.

The morphological aspects can be studied using the cell count method. Cell count is performed by using a colorimetric kit. Manufacturer’s instructions are strictly followed during assays. In short, well-cultured RNA is placed in a specified size well-shaped plat. CdC12 for 20-22 hours at a concentration starting from 0 to 3 μm size. For incubation, 110 μL fresh medium having 0.1% concentrated solution of CCK-8 into each of the well plates. The incubation is done at 36-37 ◦C for 5 hours duration. Absorbance is checked at 450 nm.

Click Here:- Simple Fitness Tips That Can Make a Difference 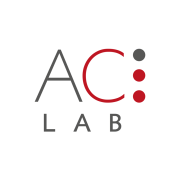 Anacyte Laboratories is dedicated to facilitate and improve molecular analyses of biomolecules.

Amazon Listing Optimization Mistakes and How To Fix Them

Most Important Travel Essential To Travel India from the USA

How To Make Shower Steamers