The Starlink Internet Service is a revolutionary initiative of SpaceX Technologies. Click on the link to find out all the latest information about the system right here!

Aiming to revolutionize the Internet & telecommunications industry, Starlink seeks to make the Internet available to everyone irrespective of their location and position on the planet.

Let’s take a closer look at the technologies involved in this humongous endeavor, how the engineers at SpaceX & Starlink are achieving this behemoth of a task and what analysts say about the service’s prospective future.

The Tech Behind Starlink

The Starlink Internet service uses a constellation of low orbit satellites as the go-between allowing information from any corner of the globe to reach any other corner.

SpaceX’s Starlink is a network of orbiting satellites working with ground transceiver antennas, which transfer information amongst the different service constituents using the following frequency spectrums:

The satellite constellation is orbiting Earth at altitudes between 340 km and 1300 km. The current communication and transmission media are the Ku, Kaand V spectrums. Later-generation will utilize laser communication will be used for information transfer.

There are two initial ground stations for telemetry, tracking & control, one on the United State’s east & west coast.

SpaceX’s production facility at Redmond, Washington, is the world’s sole manufacturing facility for Starlink satellites. Currently, the facility has been churning out seven satellites as a day.

Starlink’s user terminals will comprise a phased-array antenna that’s signal can be steered electronically. They can switch between satellites quickly and effectively and can work smoothly even while moving. The terminals are equipped with motors that automatically realign for optimal performance.

The completion of the Starlink Constellation is estimated to cost around USD 10 billion and above. Google and Fidelity have invested massively in SpaceX, with the United States Air Force also making significant contributions. The CEO of SpaceX & Starlink, Elon Musk, states enough capital to build a constellation of several hundred functional satellites.

With low latency, high-speed Internet access, easy set-up and global connectivity, the Starlink Internet Service is all set to revolutionize the World Wide Web and information technology in the future.

Author-Bio: Karen Hamada is a telemetry engineer with one of the world’s biggest tech start-ups. She is an avid tech enthusiast and helps students with their tech assignments & projects at MyAssignmenthelp.com, the USA’s most prominent tech, Paper writing help & assignment writing service. 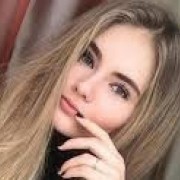 Unique Places to Visit in Islamabad during Night

Featured Posts
What is the joke in ‘Sidney Applebaum’ on SNL?
1 day ago

Why face shields are becoming a trend among users?
11 hours ago